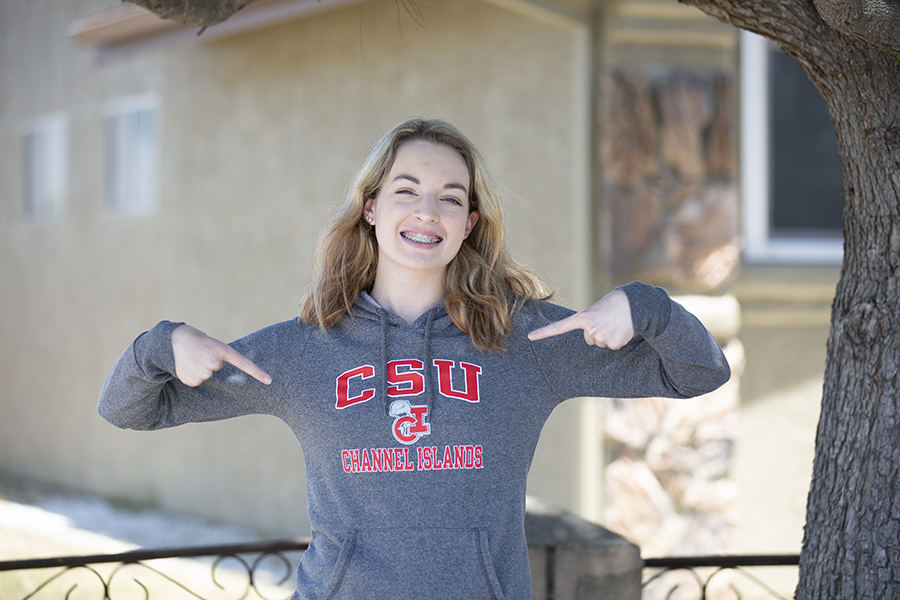 How I was affected: Before quarantine started I was having injury issues that had already put a damper on my activities, so when quarantine hit it was pretty rough because I had been working through the injuries to recover with plans to get back into performing and then this just took those plans away.

What I have been involved in:  I’ve been a dancer for 14 years, and competitive for 10.  And this year I tried out for cheer and made it, so this was my first year to be involved in cheerleading so it was disappointing not to be able to continue doing that especially after being out part of the year due to injuries.

Some of the emotions I experienced when this all started:  Lots of tears shed.

What was it like staying at home: Personally I don’t have a problem with online learning.  I have already taken some online classes so it was easy.  The hardest part is asking a question and waiting for a response.

My thoughts about having commencement ceremonies cancelled:  I’m disappointed but I think it’s better for safety reasons.  At the same time it sucks because I’ve waited since kindergarten and then these 4 years of high school to be able to graduate and leave school.  If you’re ready to accomplish something but you don’t get the reward at the end or win the race but don’t get a medal - it’s like that.

What I’m doing to celebrate:  We’re going to do a drive by party with another friend, at her house.  We’ll have friends drive by and celebrate with us, but we’re waiting until this clears up to have a big family gathering.

Something Unexpected:  I’ll still be at home for the fall semester of my first year at CSUCI because classes will be online.  I was excited to go, so this sucks.  I’m eager to move down to Camarillo.

What occupies my thoughts:  I think everything is still up in the air.  There’s so much we don’t know. I hope things will get better, but we don’t know what’s going to happen next week or in a month - especially not in a year.  We have to

I worry about:  Health care, the economy, personal stuff - so much going on.  It’s confusing at times.

One positive thing is:  I am going to work which gets me out of the house.  I had two jobs originally - as a gymnastics coach and a retail position at Oshkosh in Pismo.  Both of those are closed so I was furloughed, but I recently got hired at Ada’s Fish House which will open up soon.  We’ve been filling take-out orders.

Lori’s Summary:  Megan is sweet and outgoing.  From her participation in dance, her eagerness to hold a job and her interest in anthropology, I can see that she has a true curiosity in the world around her, the relationships between people and how a society operates.