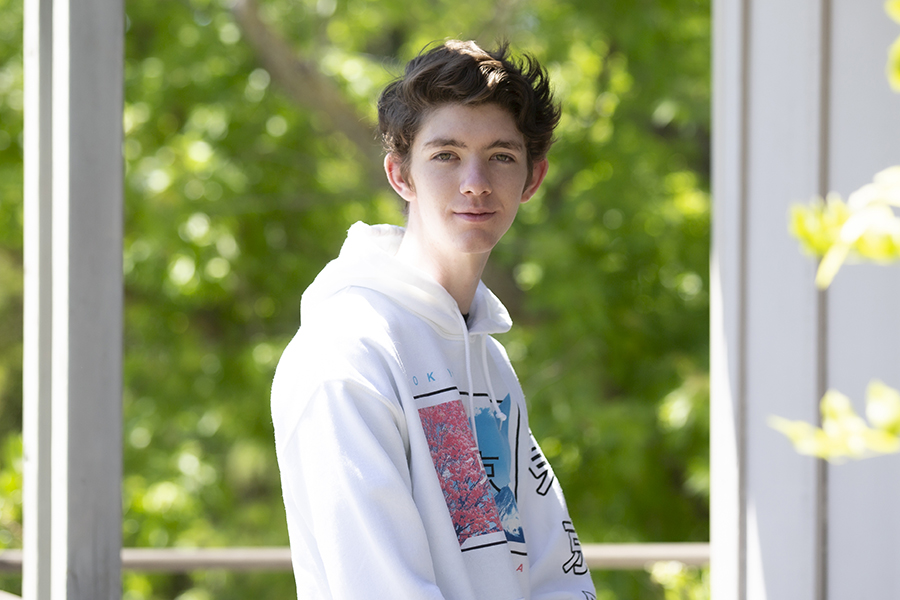 How I was affected: The shut down had been talked about all day.  School ends at 3:10 and the email was sent to teachers at 3:05.  I stayed after school to talk to my teacher and he told me that school was not going to be back in session.  I’m in band and we have a tight knit community so our band teacher told the section leaders and the section leaders told the rest of the people so all the band people met after school in the band room and said good-by to people.

What are you most disappointed about missing out on:  There’s this thing called the 100 day picnic - a fun, cool, social event.  And every year the band plays pomp and circumstance and a bunch of other songs at graduation, and when a senior who’s in band goes up to the stage to graduate we play a little something for them so that was the thing that I feel like I’m missing.  And prom.  I’m sad, but at least we got to go to prom as juniors.

I take heart in: I did get to go to graduation the last 3 years because of being in band so at least I got to experience that.

Some observations:  At first no one knew what they were doing (teachers and students), so it took some time to find our groove, but once we got in the groove it was easier.  Teachers gave us an assignment and it would be due by the end of the day where it used to be due at the end of the period.  So more flexibility.

Something Unexpected that I experienced:  I was adopted by a family in the community adopt a senior gift basket exchange.  I’m going to be going to Cal Poly and will be participating in the color guard which is part of band, and the people who adopted me, their sister is the costume creator for the color guard, so that was a cool connection - I wouldn’t have met them any other way.

What was it like staying at home:  I’m not as social as Jake (my brother) so it wasn’t that big of a deal and I’ve done Cuesta online classes so it felt like doing summer classes for me.  There’s a lot lost when you can’t meet face to face with people, though.  Also, just to deal with not having friends around, there’s this app called discord (https://discord.com/) where as many people as you want can be in a voice chat.  So I’ve been doing that.

Something that stood out during this experience: I realized I had the necessary skills to learn this way and I developed the skills from having the same computer science teacher all 4 years. The way that teacher ran the class is they would give us an assignment and we’d have to go on line and research in order to fulfil that project’s requirements.  Same thing for the history classes I took over the summer.  So I had no trouble adjusting to online and independent learning.

New things I did while staying at home:  We got a bunch of copper wire and stripped all the rubber off to expose the copper.  We have a bunch of house/property projects we’re working on so we spent time on home improvement projects.

As I look ahead to starting college:  Cal Poly sent out a survey and said that most likely classe will be online, but the band sent out a survey asking who would be able to meet face to face.  They could use the fields and we could spread out and practice that way.  I feel like that’s encouraging.

Lori’s Summary:  Grant and Jake, as twins, seem to have an additional appreciation for their personal uniqueness as individuals and both seem self-confident, self-aware and comfortable in who they are and able to articulate it because of their relationship with their twin.