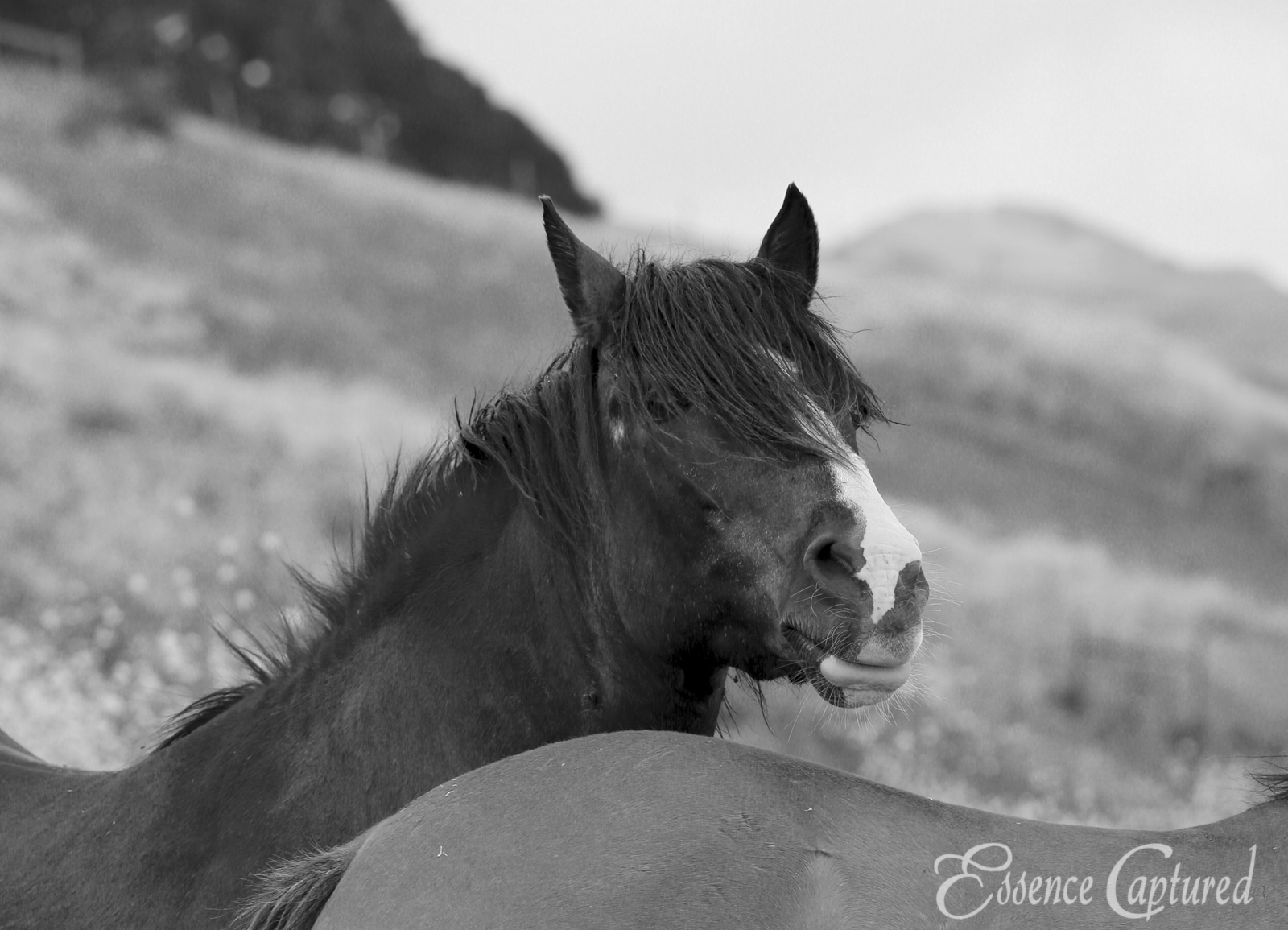 "Amante in Black and White"

This is Amante, a beautiful stallion with a mane the often covers his eyes.  He is so much fun to photograph and he's a lot friendlier than many of the stallions at Return to Freedom, so we can get a little closer to him than to the other stallions.  He has quite a story...

The Mustangs from the Cerbat Mountain (Wikipedia) area of northwestern Arizona are some of the purest Spanish descendants in the United States. With less than 70 living in the wild, and very few in domestic breeding programs, Amante is a rare find.

This handsome stallion had wandered off his range and managed to break into a neighboring ranch taking several mares back into the hills with him. The owner of the mares went through quite an ordeal to round them back up. After his capture, this stallion was held in a government (BLM) corral for three years looking back at freedom and the high snow covered peaks that were once his home."

Read more about the Cerbat herd at ReturntoFreedom.org

This photograph of Amante, above, was taken on May 21, 2019 at Return to Freedom's Wild Horse Sanctuary location in Lompc, in California's Central Coast region.
For more information on the Mustangs living in sanctuary, visit the Return to Freedom website.