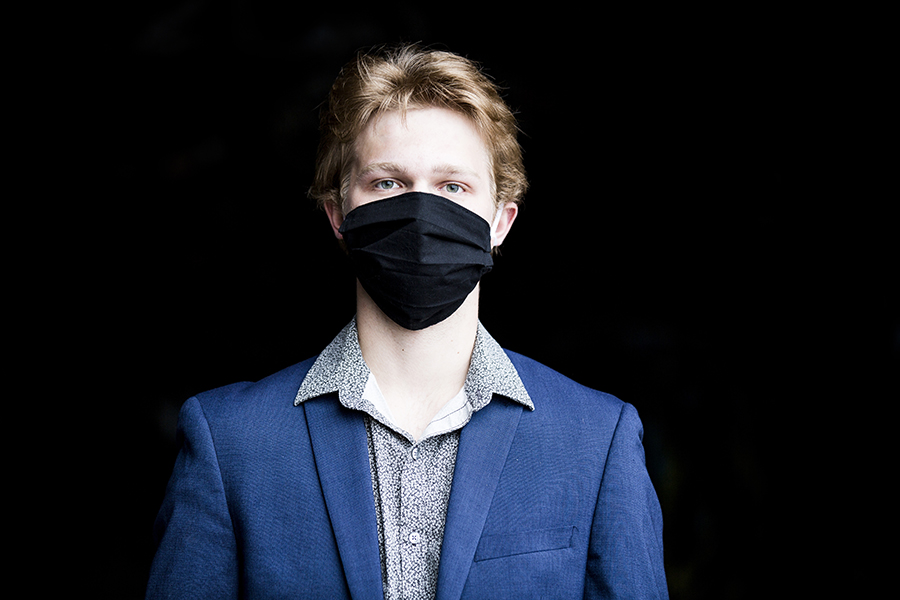 Future Plans: University of Vermont, to study business with an interest in environmental stewardship, and hoping to play club hockey and try out for the college team.

How I was affected: I was working as a valet downtown (Santa Barbara) at various hotels and the Granada Theater and got laid off.  I was thinking about playing LaCrosse, but that season got cancelled.  I have (ice) skated and played hockey regularly for years, and the rink was closed, so this really affected my physical routine.  My friends were excited that there was no school during the first 3 weeks with an extended spring break and then what we thought was a short term school closure.  Then they eventually announced that it was for the rest of the year.  It felt oddly like summer but with school on line that we still had to do.

Some of the emotions I experienced when this all started:  Disbelief, disappointment, unsettled, discombobulated, curiosity

One positive thing was:  We had at least just finished the hockey season before all activities came to a halt.

One difficult thing was: My girlfriend and I broke up.  We couldn’t go out, couldn’t see each other, and yeah - that was hard.  I was sad a lot going through that.

Something that Surprised me: How everything was closed and we couldn’t go out

Something that stood out during this experience: On Prom night (the night we would have had Prom), we were at home doing nothing and that just sort of struck me at that point.  I just felt the accumulation of the senior activities that didn’t happen.  I didn’t feel all that disappointed about any particular activities at first, but I did feel the impact of all the things that didn’t happen in the end.

Something Unexpected that I learned:  Needing to find intrinsic motivation to keep doing the things I would normally do with routines and supporting systems disrupted.  Seeing my friend’s families that relied on them to go out and get things like groceries or medication - how many people had family members that were at risk.

What was it like staying at home:  It was fine.  It’s just me, my sister and my dad. We’ve been there for each other - very supportive.  I could get out and take a walk and I could talk to them about whatever was going on because they were there.  I’m glad my older sisters aren’t still at home - that would have been too crazy.

New things I did while staying at home:  I made these jeans I’m wearing.  I mean I got creative with them, sewed this material on, painted on them. I like music and am interested in songwriting, so I’ve been learning to play the guitar.  I’ve watched people I know learning new things: learning to cook or being creative on various apps (tools and technology exploration).

I worry about: A flare up.  I see all the people going back out in public and I don’t want there to be a second wave and I don’t want there to be total lock down again.  Also, I just graduated and with all the remaining unknowns about when things will be re-opened and what will happen with the virus, I’m feeling overwhelmed about how to map out my summer, let alone what’s beyond that.

I’m really contemplating:  Whether or not I want to pay the tuition for college if it’s going to be on line!

My take-aways:  Just looking at all that’s involved in keeping people safe makes me aware of how important it is to put community (others) ahead of myself and it’s made me aware of how self-centered I was.  Witnessing friends who are struggling to graduate or make a living has really touched my heart. People are being more vulnerable with each other after all the isolation.  People are being less shallow and friends are responding with more depth.  Everyone has been affected and we’re stronger together (even if we are staying 6 feet apart).  I think we’re closer because of this.  I really value when people are genuine and open and I want to make a difference with my life - whatever I end up doing.  This is very interesting - all that’s going on.

Final Thoughts: I want to be there for my friends - how do I make sure they really understand that?  Being there for each other is what we can all take away from this crazy ordeal.

Lori’s Summary: Cam is versatile, extremely capable, and has a big heart