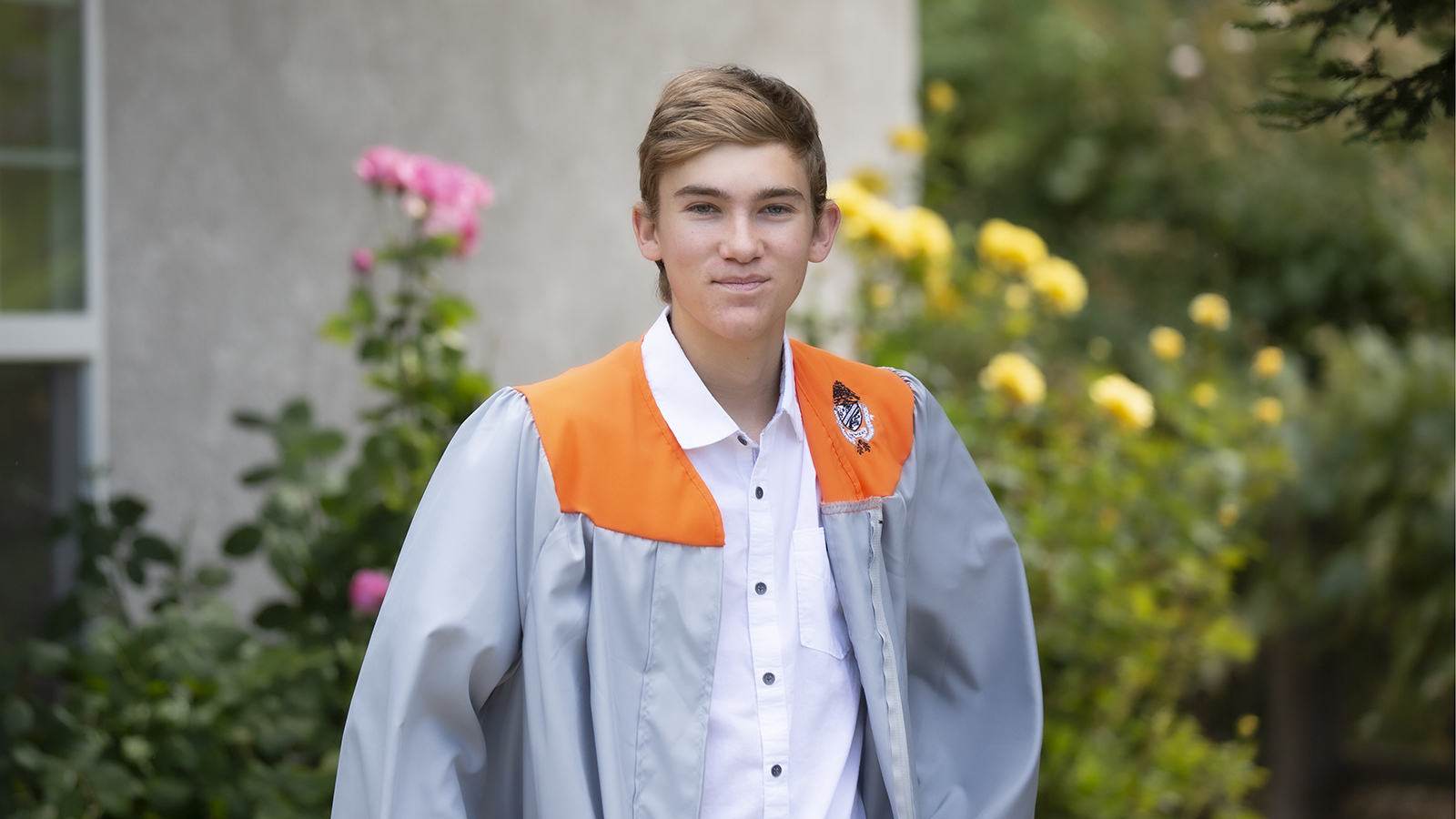 How I was affected:  The first month wasn’t so bad for me because I have just a few specific friends and some of those friends live near me here in the neighborhood so I still got to see them. So it was like a break because I had a lot going on.  For example on Fridays I would go to the tutoring club, then to tennis, then go to work at Jamba Juice.  So some days were pretty long so it was nice to have a break.  And then after it went on for a while I was ready to expand.  The boys tennis season is in the spring and this year was supposed to be awesome because we got moved down to division III and we were supposed to go to CIF.  The season started and we had some matches and went to one tournament.  We trained really hard.  My friend Luke and I trained a lot during the summer.  I play both doubles and singles, but I like singles better.  I kind of go with the flow so I can’t say I had a lot of disappointment about anything other than losing the tennis season.

How do you feel about the Graduation Parade instead of Commencement: It’s best they’re doing something and just going ahead with it.  I think it would have been difficult to manage a postponed commencement where the status was “a date to be determined” because of how many people’s schedules are involved, plus the unknown parameters of social distancing still being an aspect of how that would look.

Lori’s Summary:  Andy struck me as a quiet observer with a competitive goal oriented focus to his life.  I would like to play tennis with him even though he would likely win every game.